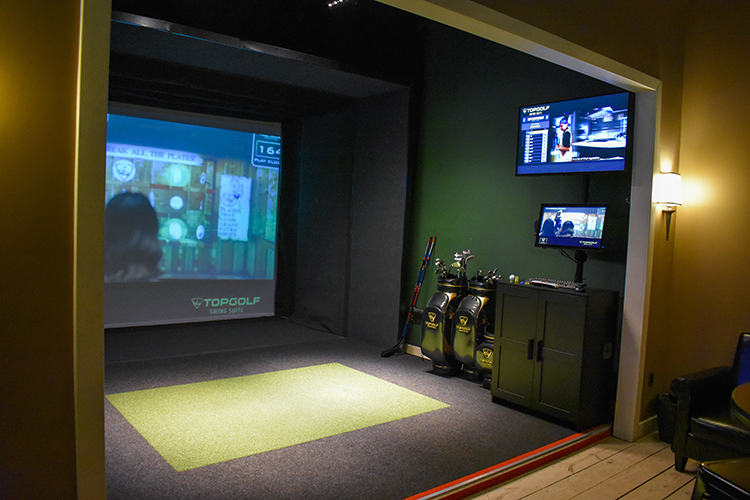 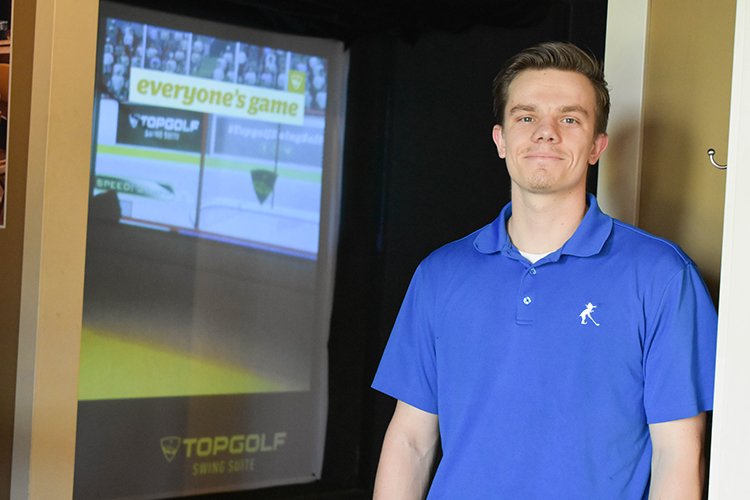 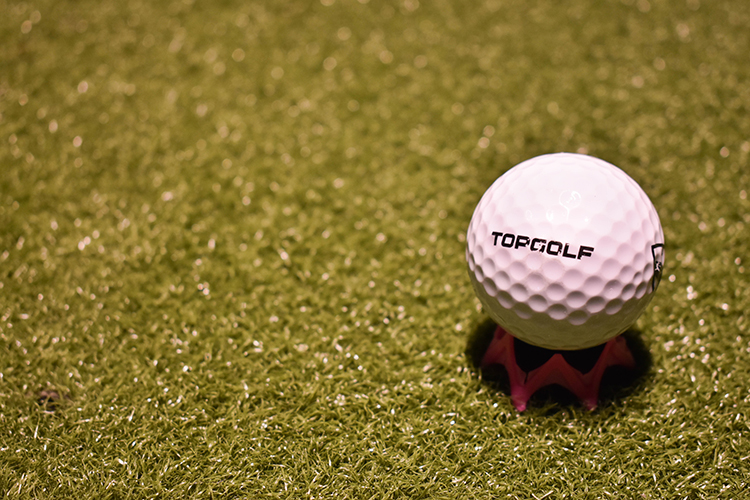 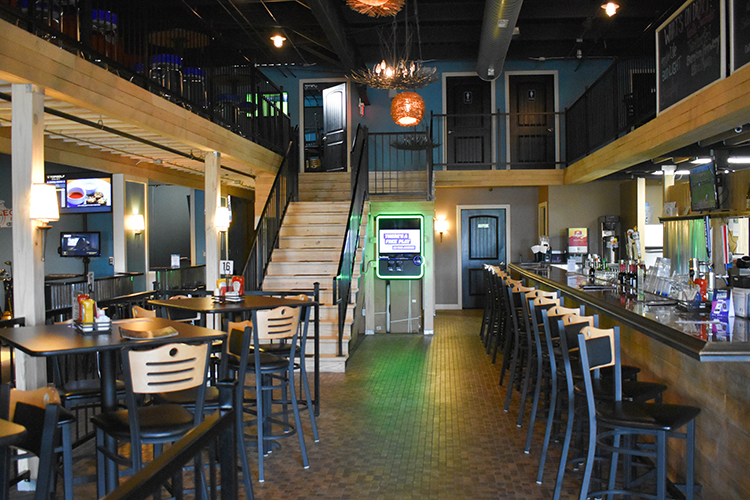 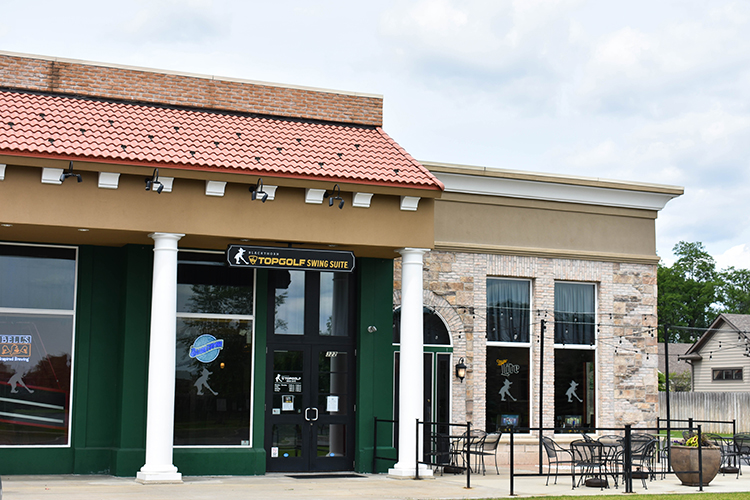 With a foam ball clutched in his hand, Tim Firestone, CEO of Blackthorn Operating Group, took a break from his work duties on a Friday to fight a mob of virtual zombies inching toward him with outstretched arms.
In rapid-fire succession, Firestone pelted several of the foam missiles at a life-size screen where the undead congregated maliciously in the shadows of a basketball court.
The demonstration was one of a variety of interactive, arcade-style games that people can find when they visit Blackthorn Topgolf Swing Suite, 322 Toscana Blvd. in Granger.
When Blackthorn Operating Group first bought Golf Club of Granger in fall 2017 and opened the former Blarney Hole, the technology featured was not nearly as diverse or innovative. The interactive simulators, which put the players in front of a large screen, were primarily used for experienced golfers to get in some all-season practice. While Tim recognized the appeal for these customers, he wanted to modify the technology so it could reach a broader audience.
It happened that one day, Tim stumbled across an article about a renowned sports entertainment business called Topgolf. The company had recently designed an indoor platform for game simulator technology. Tim said he saw an opportunity to take the Michiana business to the next level.
“It’s really cool technology and great atmosphere and vibe,” Tim says. “When I read this, I said ‘this would be great to put their technology in this facility.’”
Late last year, Blackthorn partnered with TopGolf to upgrade the technology. Today, the variety of games people can play includes zombie dodge ball as well as hockey, carnival games, baseball, football and the classic golf games that allow players to tee off on 80 courses around the world. More games are also coming down the pipeline and could include a soccer variety in the near future.
Tim’s aim to appeal to more game and sports lovers alike with the upgrades worked.
“What we are seeing now is a super diverse clientele base that we never were able to capture before,” Tim says. “We went from marketing to 10 percent of the population that golf, to now 50 to 60 percent of the population.”
From children’s birthday parties to bachelorette and bachelor parties to large corporate events, the advancements to the simulators have enticed a greater crowd.
“Because now it’s not just golf,” Tim says. “Other people can enjoy the interactions of the games without having to be a golfer and that is really the difference maker to us on how we are going to make this a successful business.”
The precision and accuracy of the upgraded simulators continue to appeal to the business’ loyal customers, Tim says.
On a typical Friday or Saturday night, the business is bustling. Golfers wearing golf gloves and shoes mingle with families and college youth, all drawn to try their hand at getting top scores in the game simulations.
Partnering with TopGolf did not just lead to technology upgrades. Customers who visit the business can also find renovations to the restaurant and bar menu of the establishment. While the business featured food before, Tim describes the previous menu as concession stand type of bites. Now, hungry gamers or those simply looking to kick back can find a full menu that includes everything from brisket to sliders and flatbreads.
Many of the items are considered “shareable,” which Tim says is ideal for the atmosphere.
“People can play the games and come grab a snack,” he says.
On the drink side of the menu, Tim says beer, wine and cocktail beverages are available. The wine-based drinks, such as a Frose, have been some of the restaurant’s most popular picks by customers.
With the business continuing to grow a following, Tim encourages people interested in giving the games a try to call in advance during the weekends and make a reservation via phone or online. Standard pricing is $60 for an hour during the week and $80 for an hour during the weekend. There are six game suites available. Each holds up to 16 people. There are also options for membership cards, which offer some price deals.
Tim encourages people to give the business a swing.
“It’s a very unique opportunity to have this entertainment in our market,” Tim says. “It’s a quality of life thing. People should take advantage of the things we are fortunate enough to have in our community, whether it’s a family night out or guys’ or girls’ night out. We’ve got something for everybody.” 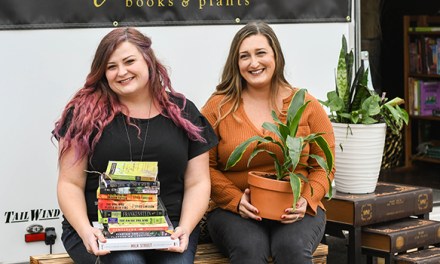 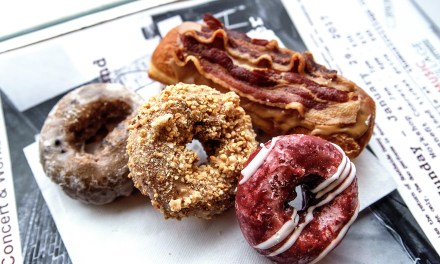 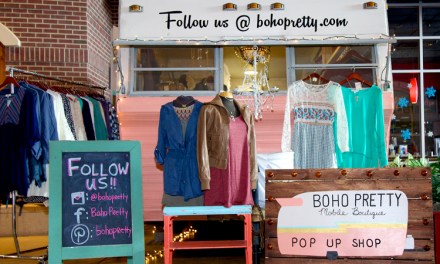 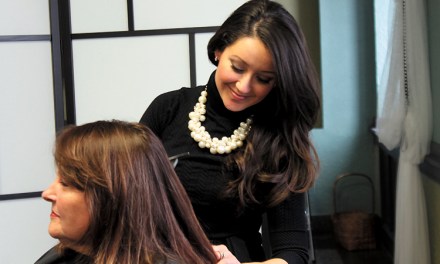