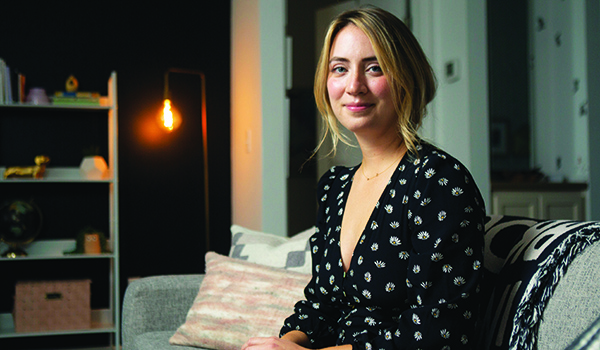 One of the simple keys to good comedy is juxtaposition — placing two contrasting things side by side to surprise an audience. Sometimes, the response is immediate, and sometimes, there is a quick rest before the joke makes its way from the senses to the brain and then to the throat and mouth.

Niles native Allie Sumrall understands the power of juxtaposition in eliciting a laugh. Using soft, pastel colors over digital drawings of cute animals paired with short, often dry phrases and quotes on postcard-sized stationary, Allie’s Animals that Talk art pieces combine portraits one would find in a nursery with lines one would hear in adult conversations. 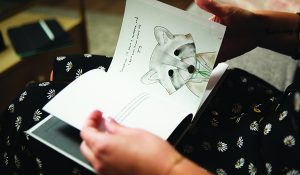 “I think that’s the element that makes it funny,” Allie says. “The color palette isn’t super bold, but the contrast with text I use is where the humor comes in.”

Animals that Talk features animals like dogs, cats, capybaras, sloths and other varieties of farm and woodland creatures that set a viewer up to give an audible “aww,” while utilizing witty one liners that get out more of a, “Bwahaha!”

Looking at Allie’s pieces, some people will recognize lines from TV shows like “The Office,” or “Parks and Recreation,” and even see likenesses of characters from those and other shows and movies. Characters like Michael Scott from “The Office” and actors like Bill Murray have influenced pieces Allie has made because of their memorable tone and cleverness.

“They’re not meant to be taken too seriously. They’re supposed to have a humorous, whimsical nature,” Allie says. 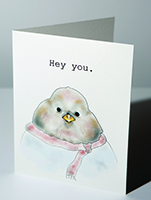 One of Allison Sumrall’s greeting cards is pictured in her home in South Bend.

There is no real rhyme or reason to the pairings, according to Allie. She usually starts with a quote, either something she has heard or read, or something of her own creation, and then develops the drawings from there.

Sometimes the animals have fictional backstories to draw the viewer into their character and humor, and sometimes the animals make a wisecrack about relatable topics. It is the relatable and humorous tones that she thinks really connect with people, and it’s also what drew her out of her personal funks and into the realization of her creativity.

Allie started making Animals that Talk about three years ago during sleepless nights. The pieces were not only a creative outlet, but also a comic relief in the difficulties of relationships, being a parent and, of course, sleep deprivation. But as she started posting more of her work on social media and gained recognition for her originality, Animals that Talk became a part of her identity. It was something that was uniquely hers that had nothing to do with her role as a wife or a mom.

“I’m the type of person where it’s all about someone else,” Allie says. “I love being a mom, but it was nice to be recognized for doing something that was just my own.”

Allie hopes to turn Animals that Talk into a sustainable product that people can easily find and purchase in a variety of places. In the next year, Allie will have a website and plans to begin work on a flipbook filled with her pieces. In February, she announced on her Instagram page her intentions to publish a children’s book she wrote and illustrated, so long as her crowdfunding campaign goes well.

“A goal of mine is to give people that little break and to hopefully get a laugh, or at least at least smile,” she says. 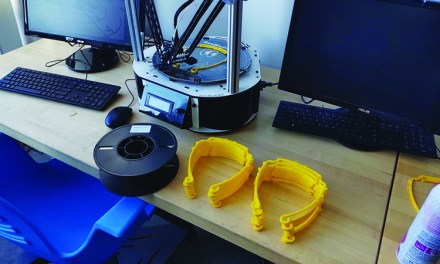 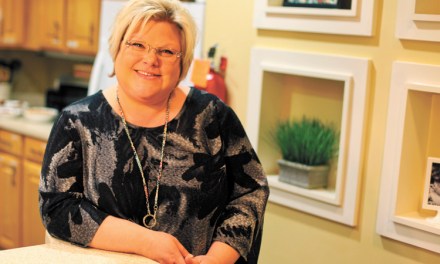 Building on our successes — with your help 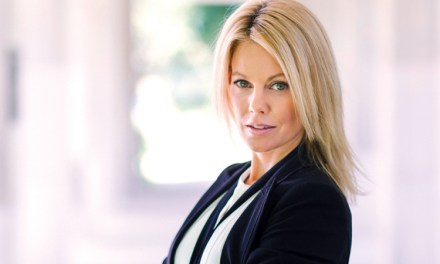