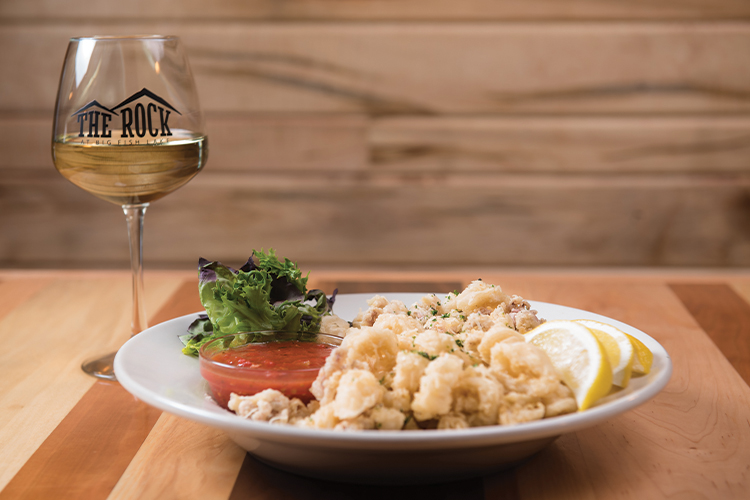 There are few pairings as strong as great good and drink — especially when combined with a breathtaking location and relaxing atmosphere.
Marcellus’ The Rock at Big Fish Lake appears to have nailed this formula perfectly. Nestled by the calm waters of Fish Lake in Cass County, the restaurant provides customers with a pleasurable experience for their eyes and mouths alike.
Since opening more than four years ago, The Rock has established itself as a destination for not just residents of Marcellus, but the entire region, with many customers driving 45 minutes or more out of their way to find out what all the hubbub surrounding the eatery is all about.

The restaurant — which specializes in upscale American fare such as steaks, chicken and seafood — was established in early 2013 by the Bainbridge family, who purchased the lakeside building in 2012. The location was once another popular restaurant, Melville’s, which was open for around 60 years before its owners closed shop in 2008.
“We [my family] grew up coming to this place, just like everyone else in this area,” said Michael Bainbridge, a Marcellus native who operates the restaurant for his family. “We were sad to see the building was empty, so we decided to convert it into The Rock.”
The new owners spent 14 months transforming the once drab, grey building into what Michael described as a “high-class lodge,” characterized by its stone and wood exterior.
Diners enjoy their meals inside the intimately lit confines of the eatery, sitting at one of the wooden tables or booths, or at the bar, which is made from smooth black granite. The lodge-like atmosphere is enhanced by the fireplace near the front of the restaurant. During the summer, many customers choose to take advantage of The Rock’s outdoor patio, which faces Fish Lake.
The owners made it a priority to source as much of the material and labor for the construction of The Rock as locally as possible, Michael said. All the lumber used to build the restaurant was taken from a 10-mile radius of its location, and the contractors were all hired from the Marcellus region.
All the beautiful design and decor in the world cannot salvage a restaurant unless the food is also up to snuff, though.
Thanks to the skills of the kitchen, led by executive chef Alex Dobrowolski, The Rock has delectable tastes to match its impressive looks.

Alex has been with the restaurant since its inception, Michael said. The chef was recommended to the owners by mutual friends, and his culinary skills quickly to impressed the family.
“We had a party where we invited around 25 people,” Michael said. “Alex came and cooked for us. After that, we never turned back.”
The stars of The Rock’s menu are the kitchen’s selection of steaks and chops, which are hand cut daily. The dishes are topped with the customer’s choice of béarnaise sauce, Tabasco onions, sautéed mushrooms or crumbled bits of blue cheese.
Customers also crave the restaurant’s fried chicken, which is hand tossed in the kitchen’s unique blend of flour and spices, and served with coleslaw and a side dish of the customer’s choice. The restaurant’s selection of fish is also popular with regulars, especially the bluegill filets, which are served pan seared or crispy, and served with a white wine and caper sauce, and the walleye, which is pan seared and crusted with parmesan cheese and a blend of herbs.
There is no secret sauce that makes The Rock such a popular destination for food lovers. For the owners and more than 30 staff members, their success is due to them continuing to nail the fundamentals of a great restaurant, Michael said.
“If you just serve great food, with great service in a great location, the customers are going to keep coming back,” he said. “It’s not rocket science. It’s just a lot of hard work.” 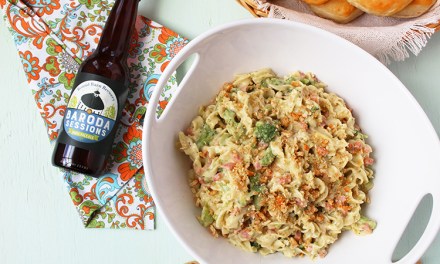 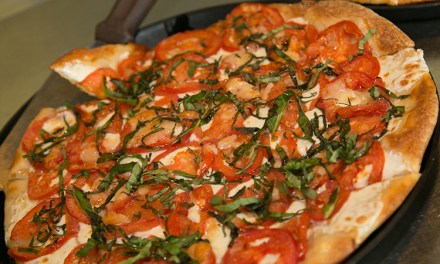 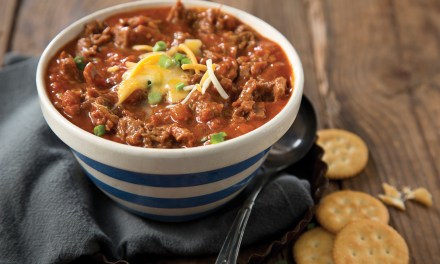 From the cookbook: BBQ Chili