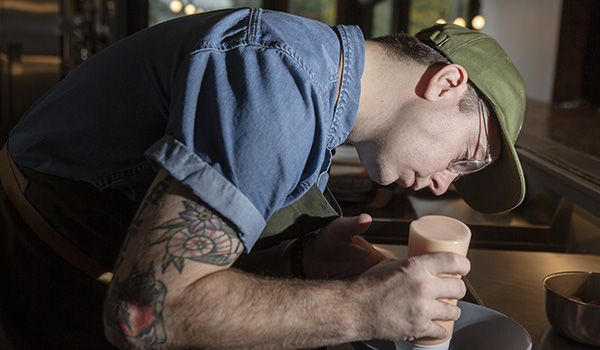 It has been a banner year for the brother-sister dynamic culinary duo of James and Cheyenne Galbraith as their oh-so-popular pop-up has settled into its forever home in the Arts District of Benton Harbor.

Named after the black and white pattern seen on chef pants, Houndsooth Restaurant offers an adventurous dining experience like no other, where patrons are invited to fully immerse in the energy of the kitchen and experiment alongside the chefs. 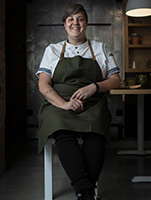 Cheyenne Galbraith, chef and owner at Houndstooth, poses for a portrait in the restaurant on Tuesday, Oct. 2, 2019, in Benton Harbor.

The idea for Houndstooth was sparked last summer when the owner of the building at 132 Pipestone St. was building lofts and wanted a hip, new restaurant to open downstairs. To bring his vision out of the ether and into the realm of the actual, he called upon James and Cheyenne Galbraith — two renowned chefs with more than 30 years of combined culinary experience and a knack for finding new ways to sow and grow Michiana’s culinary landscape.

After getting the call, James and Cheyenne launched a Kickstarter project to get the restaurant up and running, while also hosting several pop-up events around town and renovating the open concept, 50-seat dining space.

Fast-forward to today, and the scene is finally set for curious diners to peruse Houndstooth’s revolving roster of chef-driven deliciousness while crooning vinyl music gently bounces off the exposed brick walls in the background.

Houndstooth’s New American menu — influenced by the Galbraiths’ travels and childhoods — is built on canvas of familiar Midwestern recipes and local ingredients painted with Mexican and Asian flavor profiles. 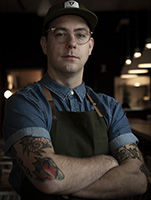 James Galbraith, chef and owner at Houndstooth, poses for a portrait in the restaurant on Tuesday, Oct. 2, 2019, in Benton Harbor.

As they dive into toothsome plates like a succulent milk-braised pork paccheri pasta, Wagyu beef tartare with shoestring potatoes, or BBQ carrots wading in a shallow pool of cumin-spiked cream with fresh orange segments and red onion slices, diners will likely find themselves rapt by a sublime gustatory experience sans the sticker shock that comes from entering a temple of modernist cuisine.

James and Cheyenne may just change the way you think about food as they take the pretense out of fine dining and encourage an inclusive, shared dining experience instead.

“When we go out to eat, we like to share our food and eat a bunch of things,” James says. “A large portion of our menu consists of shareables, with the exception of four big plates.”

The menu is also hyper-seasonal.

“Every couple weeks, something will leave the menu and something will be added,” Cheyenne says. “We do that to keep ourselves creative and to continue learning, but also because we want people to come back to try new things.”

James and Cheyenne have been sourcing ingredients from surrounding areas, like Sister Lakes, Eau Claire and Coloma, to maintain a menu that ebbs and flows with the season.

“We have made a few new acquaintances with some amazing partners, one being a unique microfarm up the road called Sower’s Purse and another a local tortilla maker called Molino Tortilleria,” James says. “New ideas are popping up everywhere around us, and we couldn’t be more excited to be part of it.”

For now, Houndstooth is only open for dinner Tuesday through Saturday, but keep an eye out for the unveiling of their brunch menu and hours, as well as special ticketed events they have up their sleeves. 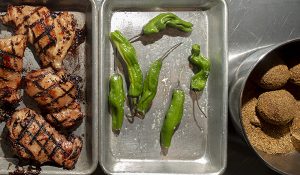 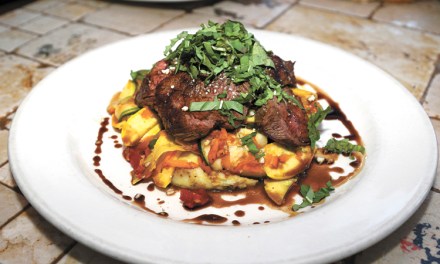 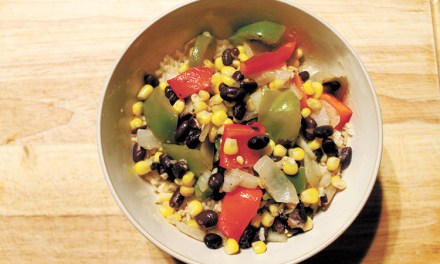 From the Cookbook: Garden Medley 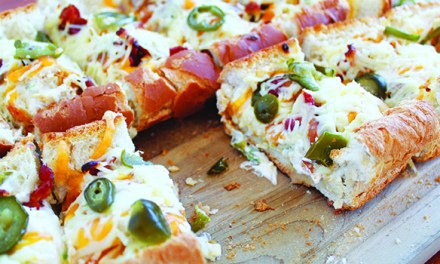 Spice things up with a seasonal return