SLR Pilates stretches out its services 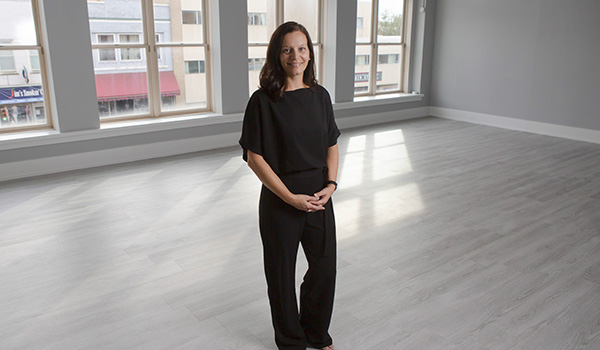 When SLR Pilates owner Stephanie Reno looks out her second-story wall of windows while guiding a class through yoga, barre or her business’ namesake, she will look across the street into the space that started it all for her six years ago.

She might then turn back inward to glance at the warm gray walls and hardwood floors of her new studio and her longtime clients, some of whom have traveled 45 minutes to take her class.

This summer, Stephanie moved SLR Pilates at 219 E. Main St., a block away from her second space at 127 E. Main St.

That former space is the site of her new, second business, Trap House 24, a gym with all-day, all-night access and a variety of equipment meant for people of all fitness levels.

While SLR Pilates’ move was a short hop across the block, the transition was a long time coming and took a long time to be completed. Stephanie worked to renovate two levels of a three-story building, purchase gym equipment and renovate 127 E. Main all while working full-time.

The move was necessary, however.

“We loved it down there,” Stephanie says about SLR Pilates’ 127 E. Main location. “I would’ve stayed down there forever, but we needed something a little more private, and we needed it to be bigger.”

The move was also difficult because of the attachment Stephanie had to the location. She saw her clientele and her relationships with them grow exponentially there.

“We had created such a beautiful space and a safe haven for so many people,” she says. “That was one of things that I was nervous [about]. I wanted to make sure we replicated that same vibe here.”

She says when people step into the new SLR Pilates location, their blown-away expressions reassure her the move was right.

She hopes people feel the same about Trap House 24. She and her boyfriend, Matt Mazingo, have designed the space to make people feel comfortable.

The gym’s variety of circuit and aerobic machines are separated from its free weights to make people using either types of equipment not feel watched by others.

Trap House 24 has a more energetic ambiance than the relaxing hues and cool lighting of SLR Pilates, but Stephanie says both businesses are meant to accomplish the same two goals.

The first is to create a space and experience that is welcoming and boosts well-being.

“We still want to create an atmosphere where every person can walk in,” she says. “Whatever their idea of success within themselves is, they can come there and feel comfortable and achieve whatever their goals are.”

From the outside, Trap House 24 appears to be more oriented toward physical fitness than the calmer Pilates, barre and yoga studio, but Stephanie says the movements made at each of her businesses do more than build muscle.

“It affects the way that you feel, the way that you look, your energy levels, your state of mind,” she says. “That’s the thing for me that’s the most important thing. … Your mental well-being is the beginning of everything for you, and if you’re healthy there, it sets the domino effect.”

The second goal Stephanie has for both facilities is to help boost Niles’ downtown reputation.

Stephanie says she tries to create high quality experiences in high quality spaces. She hopes other businesses will follow the standard she set for herself.

“All these businesses down here are phenomenal,” she says. “Instead of thinking of them competition-wise, you’re thinking of building each other. If you’re growing, I’m growing.”

Stephanie cites her fellow teachers as the reason her businesses have been so successful.

“We have amazing teachers that help,” she says. “Without them, none of this would even be here.”

Nicole Kellogg has been teaching with Stephanie since she welcomed clients in a cramped space across the street from SLR Pilates’ new location.

She is blown away by the impact of her businesses.

“The biggest thing that we brought wasn’t this physical workout, but this sense of community in our classes,” Nicole says. “We have a lot of people who come for social reasons, too. [They’re] like-minded people with the same goals to fulfill something on all levels.”

Nicole and Stephanie both liken the spaces to businesses found only in large cities. Yet, their location in Niles gives them a more personable, small-town feel.

As both women guide their clients through a series of movements and positions, and as boyfriend Matt oversees Trap House 24, Stephanie will work to expand her services.

Above her second-floor space at SLR Pilates is another open room.

It is dusty and dirty. Small chunks of the walls and ceiling are missing, but its bones are strong. And, at one end, just like the floor below it, is another wall of windows.

If someone across the way, perhaps from Stephanie’s former studio, were to look in, they just might see the silhouettes of a dozen or so spin bikes, a hint at what is to come next in the Niles business owner’s legacy. χ 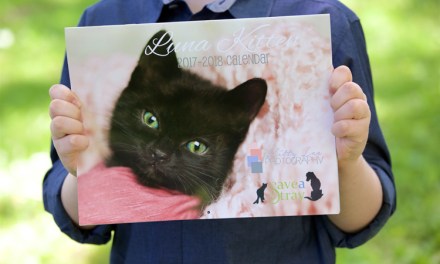 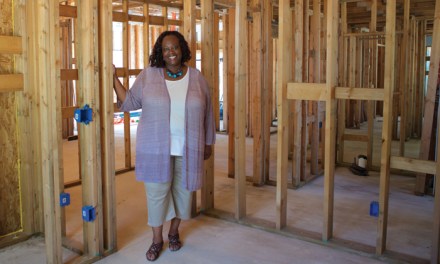 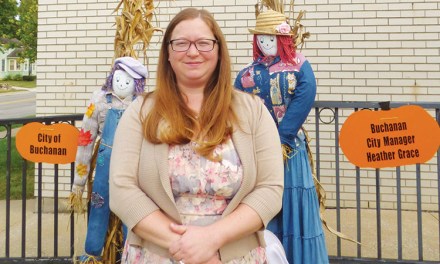 Why I love Michiana: Heather Grace 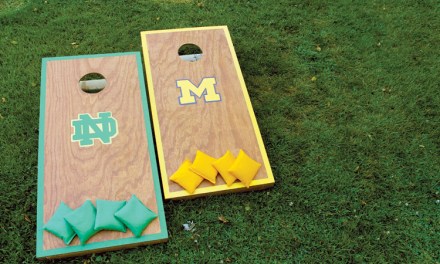