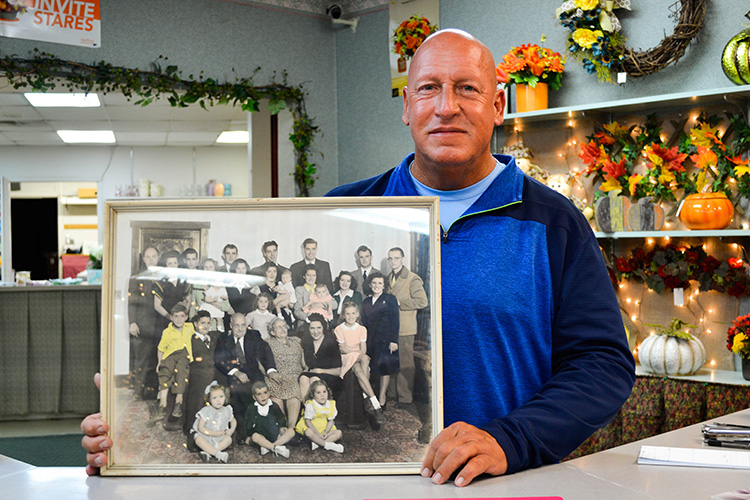 Customers walking into East Main Gardens, located at 1521 East Main St. in Niles, will first be greeted by a waft of fresh, floral fragrance as they open the door to the small flower shop.
As they move further into the store, they will notice a sea of orange and brown colored flowers and decorations celebrating the Thanksgiving season covering every surface from the checkout counter to white chair in the corner of the shop, before settling on the friendly face of Mike Peters, the store’s owner.
East Main Gardens, a family-owned staple in the Niles community since 1921, prides itself on giving customers the best full-service floral experience possible, going so far as offering a 100 percent satisfaction guarantee. Considering himself an artist, Mike believes that his store can give customers a uniqueness that will keep them coming back for every occasion.
“We can really do anything you want,” Mike says. “We do fall arrangements, and holiday arrangements, weddings, funerals, everything. […] We do whatever we can to make someone smile.”
Mike, 61, became the third generation owner of East Main Gardens, 43 years ago, after he began working at the shop full-time immediately after graduating from  high school.
While Mike did not fully take over the store until he was an adult, he can remember working there since before he was out of grade school.
“When I was 10 years old, I remember my mom coming in — we lived right next door — while I was watching TV She said, ‘If you can sit and watch TV all day, you can make bows.’ So, I would sit and make bows out of ribbon for hours.”
When he was 12 years old, Mike began working behind the counter of East Main Gardens, rifling through a thick, phone book-like florist’s guide to call orders out to florists in other cities and states.
“Back in the day, I did whatever my dad wanted me to do,” Mike says. “So, I got started pretty young. From there, I started to do more and more, and it became something I wanted to do.”
In all his years of running the gardens, Mike has honed his craft and uses his business as an outlet for his creativity.
“Every customer is different, so we spend a lot of time thinking about what will go well together, while also trying to give the customer what they like and what they want their loved one to have,” he says.
In front of a sign outlining the different meanings of roses behind his counter, Mike says that his appreciation for plants runs deep, something he always keeps in mind when making an arrangement.
The average time Mike spends making an arrangement is about 20 minutes, he says while holding an arrangement of flowers in a cornucopia, one of the store’s several fall arrangements.
Maybe more so than the opportunity to flex his creative muscles, Mike says he loves East Main Gardens because it carries so much of his family’s history and tradition.
The story of how East Main Gardens came to be is one of Mike’s favorite stories to tell, he says, walking over to an old, framed photograph of his grandparents.
The shop got its roots in the early 1920s when Mike’s grandfather, Milfred, originally from Sand Creek, Michigan, had the chance to work on the Niles railroad. However, Mike’s grandmother, Nellie, a long-time plant lover who was pregnant at the time, would only agree to the move if she was able to bring her greenhouse with her. Milfred agreed, making several trips to bring all of Nellie’s plants from Sand Creek.
Now settled in Niles, Nellie cared for her plants so much that she even made Milfred go home and water the plants while she was in labor with Mike’s father, which is where the story of East Main Gardens begins.
“[My grandfather] went home from the hospital and a gentleman came by the house and says, ‘Mr. Peters, can I buy one of your flowers?’ My grandpa said, ‘I don’t know, Ma’s going to be pretty mad if I sell her flowers,’ but he ended up selling it to [the man],” Mike says. “[Milfred] went back to the hospital and said, ‘I’ve got some good news and some bad news. The good news if that I’ve watered all your plants and they are beautiful. The bad news is I sold one.’ My grandma told him to go back and sell another.”
From there, the store grew, eventually becoming the successful storefront that it is today.
Eventually, Mike would love for his children to come back to the nest and become the fourth generation to care for the little shop on East Main Street. However, even if they do not, Mike plans to continue doing what he loves.
“[Floristry] is in my blood. Growing up I spent so much time here,” he says. “Once I started dabbling in it, I never stopped.” 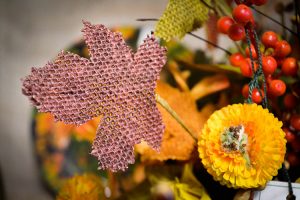 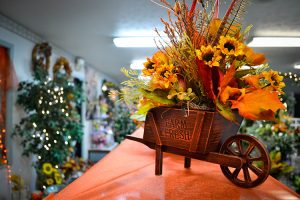 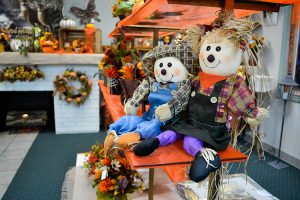 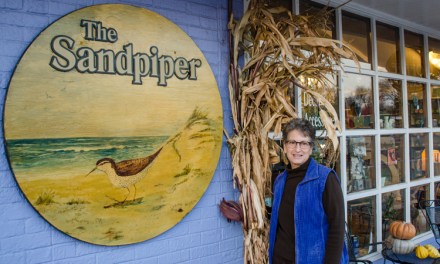 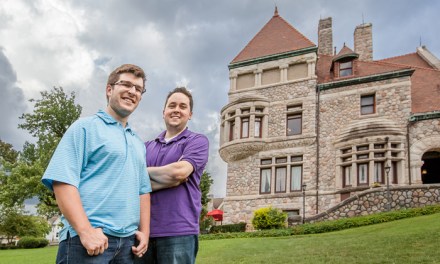 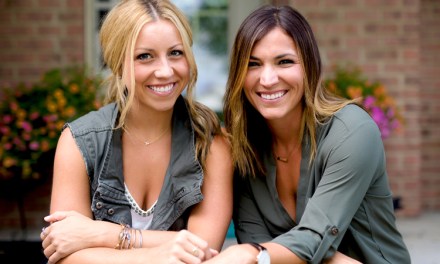 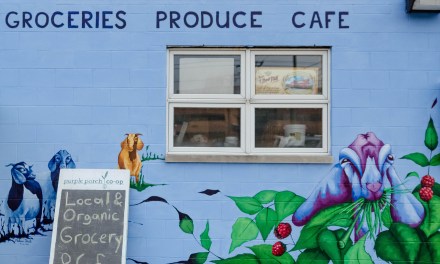