Arriving at the place and time for which life has prepared you is a process in itself. Some say life is about the journey, but there are moments in life that do seem to be about the destination, or the single fruition of a dream growing from lifelong cultivation.
An arrival point on a long journey of diverse experiences is how Paul Mow and Martha Hesse describe the inception of GhostLight Theatre into the Benton Harbor Arts District. GhostLight, a new nonprofit community theater and performance venue, is the result of years of artistic rearing, sundry personal experiences and rediscovering the need for community.

Paul’s journey to becoming the original dreamer and artistic director for GhostLight Theatre began in southwest Michigan as he grew up in Coloma with an interest in the performing arts. He later attended the University of Michigan and eventually went on to perform for the New York City Opera from 2001 to 2006. Paul returned to Michigan in 2007 when he met his wife and began teaching private voice lessons, directing local plays and musicals, and eventually became the stage director at Lake Michigan College.
In his return to southwest Michigan, Paul discovered one of the core pillars that was missing during his years with the NYC Opera.
“What I didn’t have when I traveled the world for opera was I didn’t have community,” Paul says. “I would go to Tulsa, I would go to Germany, I would go to Anchorage and I would serve 3,000 people a night, and that was great for those people in Tulsa, Germany and Anchorage, but then I was gone and I didn’t have them anymore.”
Seeking and forming community around the performing arts became a mission for Paul. Directing shows and working with youth helped fulfill some of his communal need, but it was Ken Ankli, a business owner, developer and primary mover behind the Benton Harbor Arts District, that helped give Paul’s mission, shape and form.
GhostLight found its home in Benton Harbor’s arts district in part because of the foundation laid by Ken and a host of other people who organized and invested in Benton Harbor to develop the arts district. Ken owned an empty box of a building next door to the Citadel Dance and Music Center where he attempted to open different businesses, until one day he realized its potential to be a black box theater. He already knew the perfect fit for such a project.
“It was a dream for [Paul] to have his own production entity of some kind,” Ken says. “He has the chops, so to speak, to handle and grow and inspire and build a team that will be a tremendous asset to the community.”
Martha was the next arrival to bring support and complementary skills to the GhostLight Theatre project. Lack of community and consistency was a dissonance she discovered early in her life as a performer and later in life after she was widowed and moved to southwest Michigan.
“That’s always the hardest part about being a performer,” Martha says. “I experienced it very young. You walk out on stage and have an intimate relationship with a thousand strangers, and then you go home alone. … Nothing is permanent. There are not permanent relationships in the theater business.”
At 17 years old, Martha began touring as a choir accompanist, performing in places like Leningrad (modern-day St. Petersburg), among other major cities and theaters. Because of the lack of community, she moved on from touring to graduate from Notre Dame University, and later raised a family in the Chicago suburbs, where she was a professor at a community college and an accompanist and pit orchestra conductor for community theaters.
After being widowed at age 53 when her children were grown and out on their own, she moved to west Michigan where she quickly began integrating into the local performing arts scene. Paul and Martha’s paths then crossed when Martha emailed her resume to the Twin City Players where Paul needed a conductor.
“I sent the resume, and five minutes after I click send, Paul Mow calls me,” Martha laughs. “He must have been sitting in front of his computer, read the resume — and of course I have 50 different shows I’ve music directed over the years — and he calls me. It was like, ‘Wow. That was fast.’”
Paul and Martha’s working relationship culminated into the partnership behind GhostLight Theatre. Paul, the artistic director, and Martha, the executive director, brought their combined talents and skills in the performing arts and passion for community to create another component of an artistic whole.
“For me, the most important thing is we have another really dynamic arts organization coming to the arts district,” Ken says.
From the two directors behind the theater and the people who provided the arts district and building, to those who fundraised and joined the board of directors, GhostLight represents the intersection of many paths for one communal effort. Each contributor has years of specialty that complete the three-tier mission of GhostLight: to foster the performing arts, provide youth a place to perform and grow their talents, and to contribute to the Benton Harbor Arts District.
GhostLight Theatre will open its doors, roll back the curtains and flip on the spotlights in June for the presentation of “The Bridges of Madison County,” and for an evening with Tony Award-winning composer Jason Robert Brown.
The setup of GhostLight will lend itself to a variety of stage arrangements for later shows, for youth workshops and theater camps, but more importantly Paul believes the atmosphere of the Benton Harbor Arts District and the vision and mission of GhostLight will cater to the many paths, journeys and people who will come as performers and audience members.
“People say, ‘Paul, GhostLight wouldn’t happen without you.’ That’s great, but I don’t know that I would happen without GhostLight,” Paul says. “I’m so excited to be able to do it here for these people.” 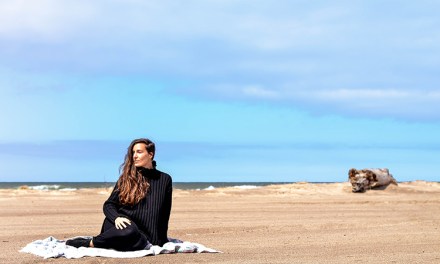 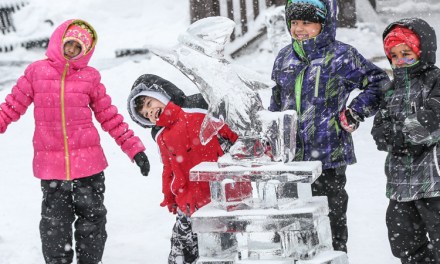 Beat cabin fever with these winter traditions throughout southwest Michigan 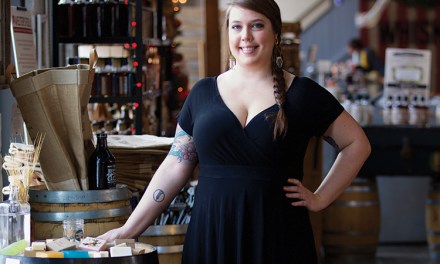