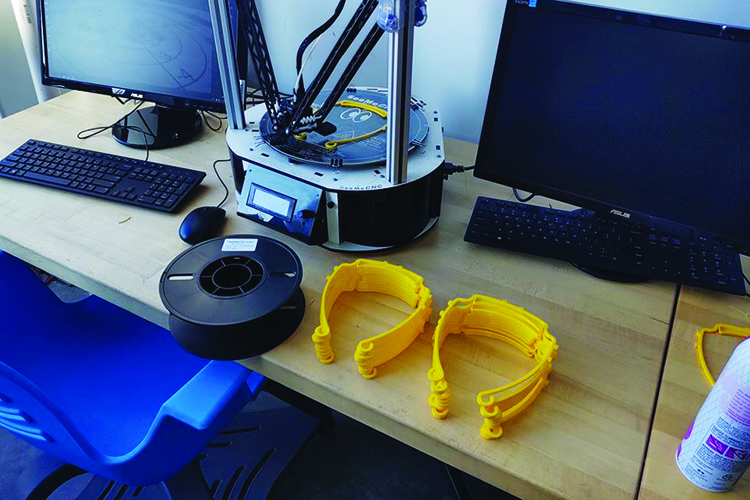 Creating is not uncommon at Lake Michigan College’s Fab Lab located in the Hanson Technology Center at the Benton Harbor Campus.
However, when March hit, so did the COVID-19 pandemic, closing down college campuses across the state. In times of uncertainty, the Fab Lab stayed open and kept creating.
The open-access digital fabrication studio and collaborative workshop serves as a space for makers in the area to invent with access to a variety of high-tech tools and software design.
As the pandemic continued and normal Fab Lab operations ceased, Chad Dee, the director of the Hanson Technology Center, heard about other fabrication laboratories across the country making masks, face shields and a slew of other personal protective equipment.
“It was one of those things that we were like, ‘What can we do based on the material that we currently have?’” Chad says. “‘What could we still get as far as material and what could people actually use?’”
At first, Chad says it was difficult to answer those questions all at once. He communicated with his two lab techs and one work-study tech via Zoom and on the phone. One tech was in the Fab Lab and began prototyping the different ideas. 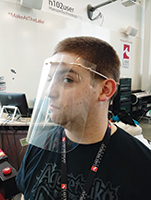 By the end of the first weekend, the Fab Lab team realized it was possible to produce face shields.
Initially, the Fab Lab was creating face shields with the 3D printer. In total, the process took about 75 minutes to create one durable and very flexible face shield.
Chad says the Fab Lab decided to take the 3D file and convert it into a laser cut file. This new process took two minutes compared to the original 75.
“They are still kind of flexible. They are not as flexible as the 3D printed ones, and they do have the tendency to snap,” Chad says, holding one up. “However, when they work, they work well.”
The actual shield part of the PPE is a 16-gauge or 20-gauge marine vinyl, and approved for hospital use, he says.
“One of the things that we were hearing was some of the nurses and home health aides were having to wear the same mask all day long,” Chad says of the face shields. “This helps keep the mask from getting soiled as quickly because there is another barrier it has to go through.”
After use, the vinyl can be cleaned with a an anti-bacterial cleansing wipe.
As of mid-April, the Fab Lab had given away more than 1,087 face shields and 50 masks, which one person was carefully sewing by hand. 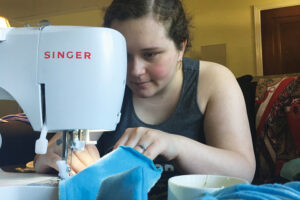 “It’s been great, actually,” Chad says of the public’s response. “We delivered some to the post office in Benton Harbor, and they loved them. We sent them a few to see if they could use it, and they loved it. We sent them 100 more.”
Chad says all 21 law enforcement agencies in Berrien County have Fab Lab face shields, in addition to the Berrien County Health Department and cashiers at local grocery stores.
“It’s just a whole gamut of a list of people with different occupations,” he says. “Some I would never even have thought would want them, but they can use them.”
The Fab Lab found social media to be the optimal way to get the word out about their efforts. Chad says the team received requests for face shields from local hospitals, long-term care facilities and assisted living facilities. The face shields have been delivered to as far as Washington, when a graduate from Lake Michigan College’s nursing program requested some. They have also found homes in Illinois, Michigan and Indiana.
After two and half weeks of dedicating the Fab Lab’s resources to making face shields, Chad says the demand from the general public has dwindled.
“Whatever we don’t give out, we will give to the health department, and they will divvy them out,” he says.
The Fab Lab then started on its next project — ear savers.
“Now that everyone is recommended to be wearing a mask, and we are making the masks, we have found that some people are complaining that their ears are becoming sore,” Chad says.
After finding a file that is the length of a person’s finger, a person can strap the elastic of their mask into the plastic piece. The elastic goes over someone’s ears and not on the ears at all.
“I have a file that another fab lab has done,” Chad says. “We are planning on making those to see how they work with our masks and then passing those out.”
With the announcement of its next project, the Fab Lab continues to create and invent for frontline and essential workers. 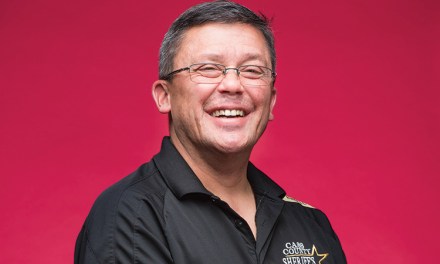 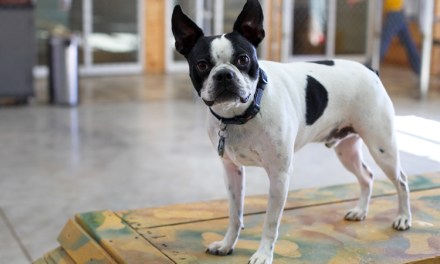 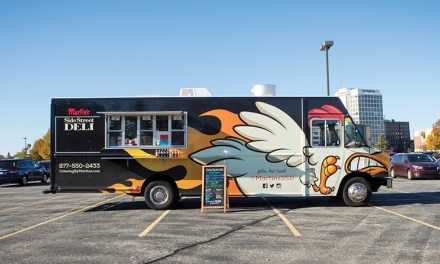 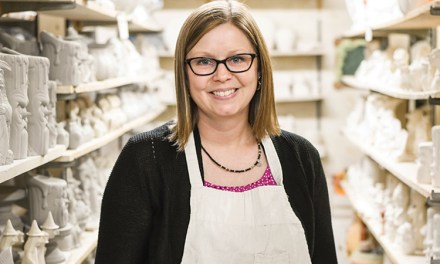